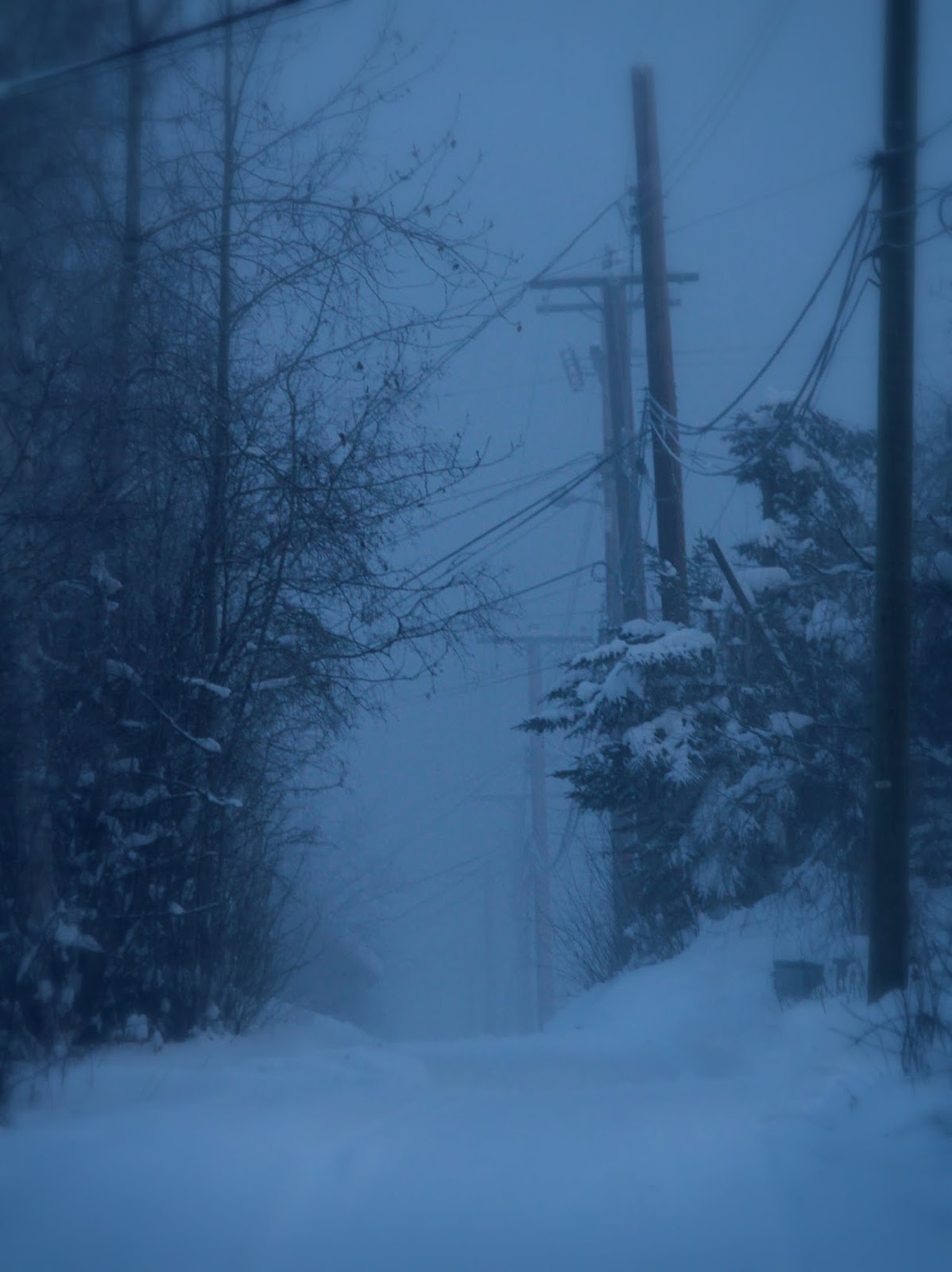 We awoke to a temperature of minus forty-five this morning. The dew point was minus fifty-two.

A good day for a walk-about don't you think? Well maybe not, but I went out anyway, at around sunrise: 11:10.

The town was covered in a thick blanket of ice fog. 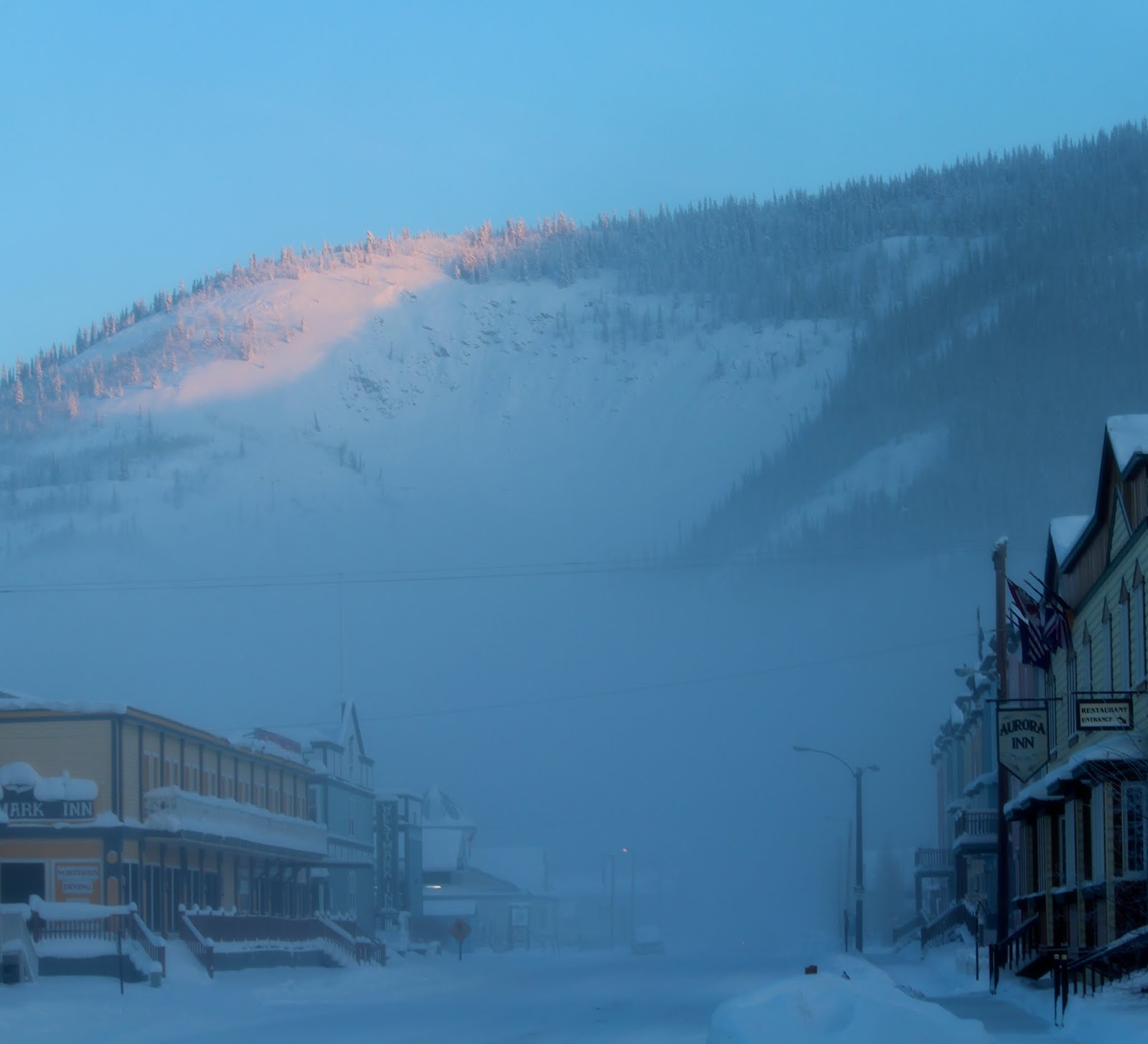 The ice fog forms near the ground. The hill to the town's north, or the slide, is getting a wee bit of sun. Visibility in town is limited. 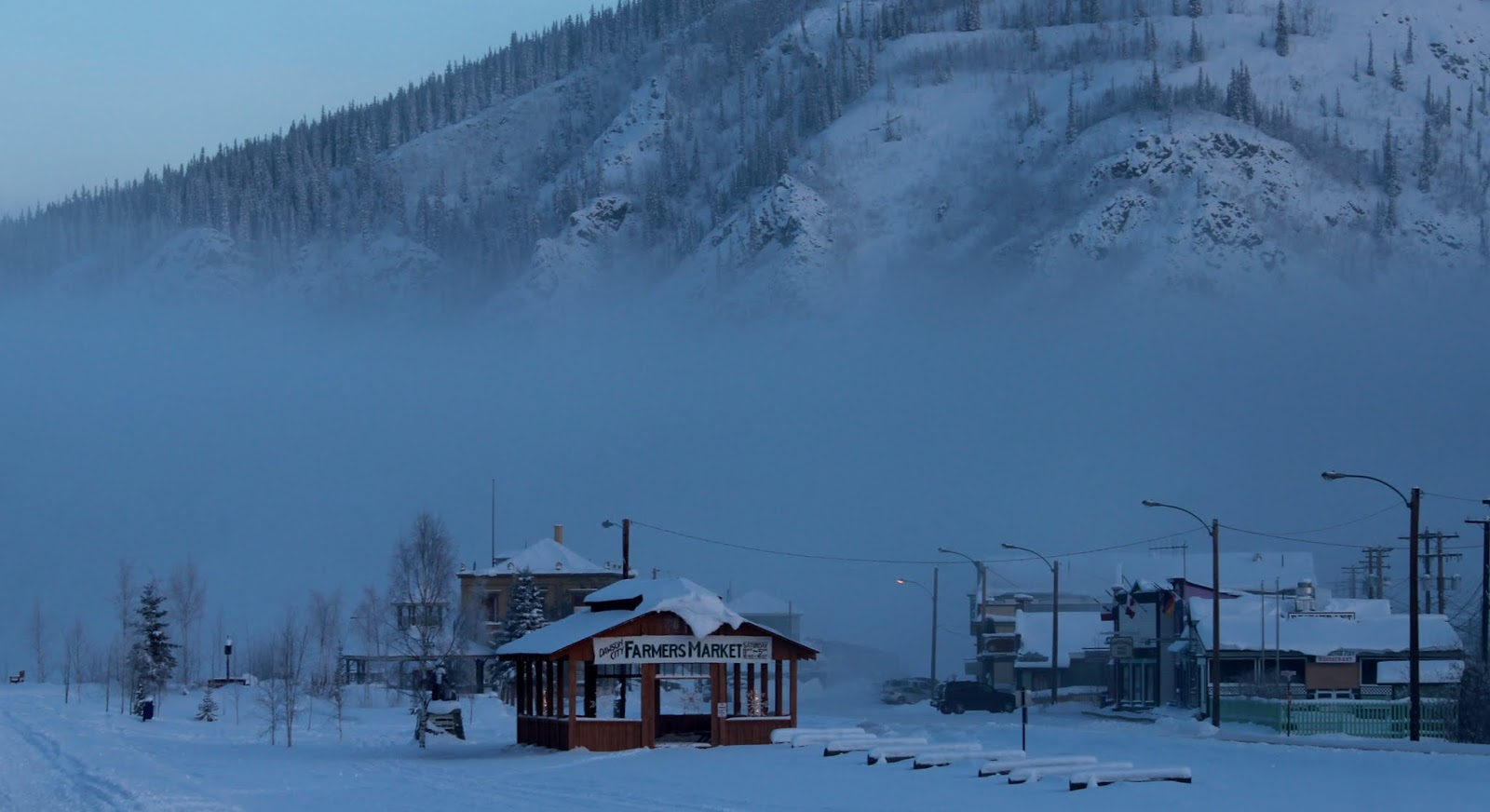 And no, there isn't a Farmers' Market here in the winter. We missed that entirely during our three months in Yukon.

There aren't many people walking around at minus forty-five. This morning, three drivers stopped to offer rides, which is a rather nice thing to do, and not an uncommon thing here in Dawson. 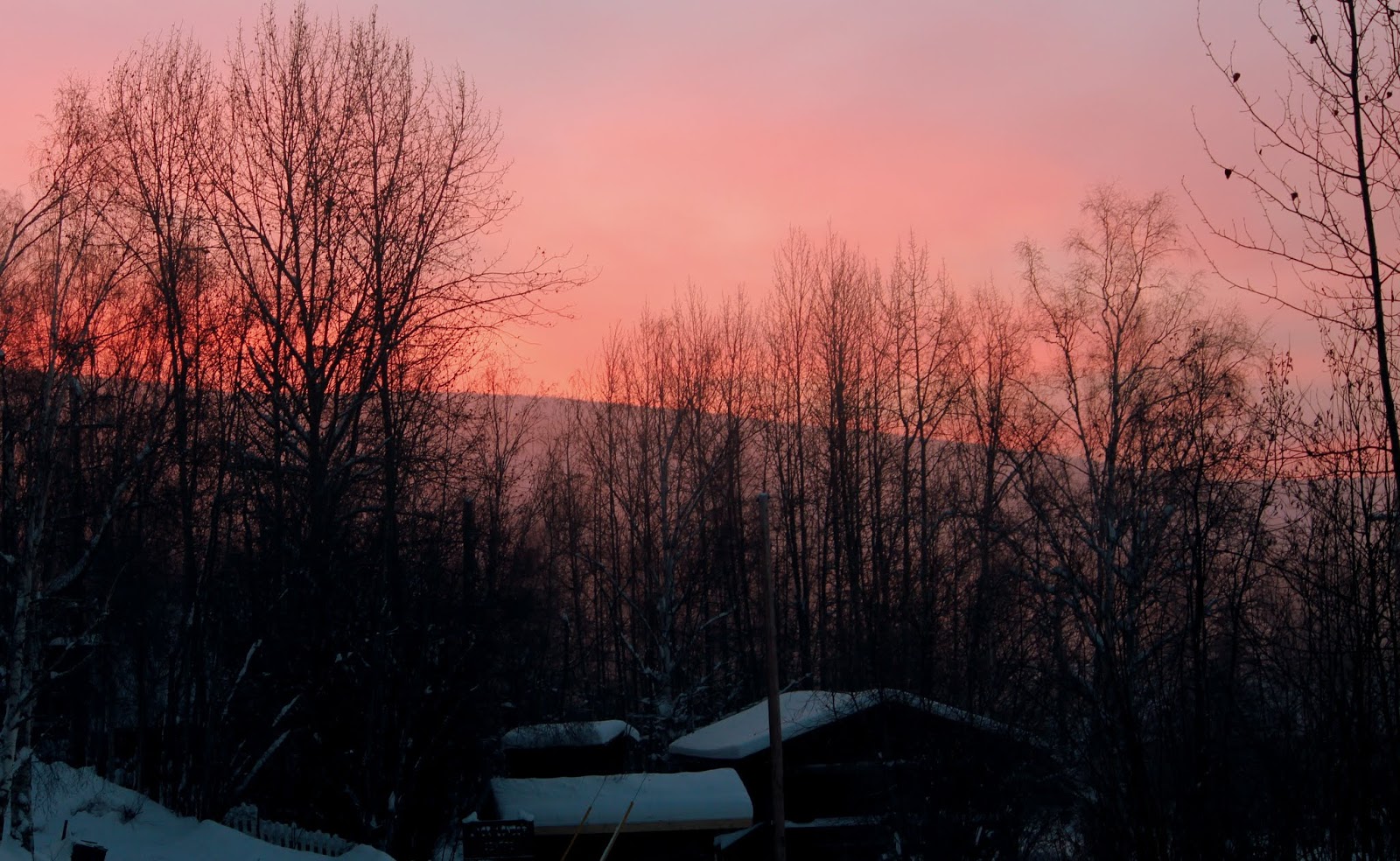 Four hours later, give or take a few minutes, the sun is setting.

The official temperature has warmed to minus forty-four.

These photos were taken just outside the Berton House . No second walk-about for me. Not today.